HONOURING THE FALLEN SINCE 1921

Bedworth in Warwickshire retains the tradition of celebrating Armistice Day at the exact hour, day and month each year. It is now the largest and most famous Armistice Day Parade in Britain. The service is held at the War Memorial in Bedworth’s Coventry Road Cemetery in the presence of the Lord Lieutenant of Warwickshire representing H.M.The Queen, the Mayor of Nuneaton and Bedworth, invited dignitaries and guests, the citizens of Bedworth and the surrounding towns, and supporters from all over the country who travel just to “be there” on the day.
The parade marches through Bedworth town centre before forming up in the Cemetery for the Armistice service; after which the parade marches along the Rye Piece Ringway where the salute is taken, wheeling left at the Pin Island to re-enter the pedestrian zone and dismisses at The Alms Houses. 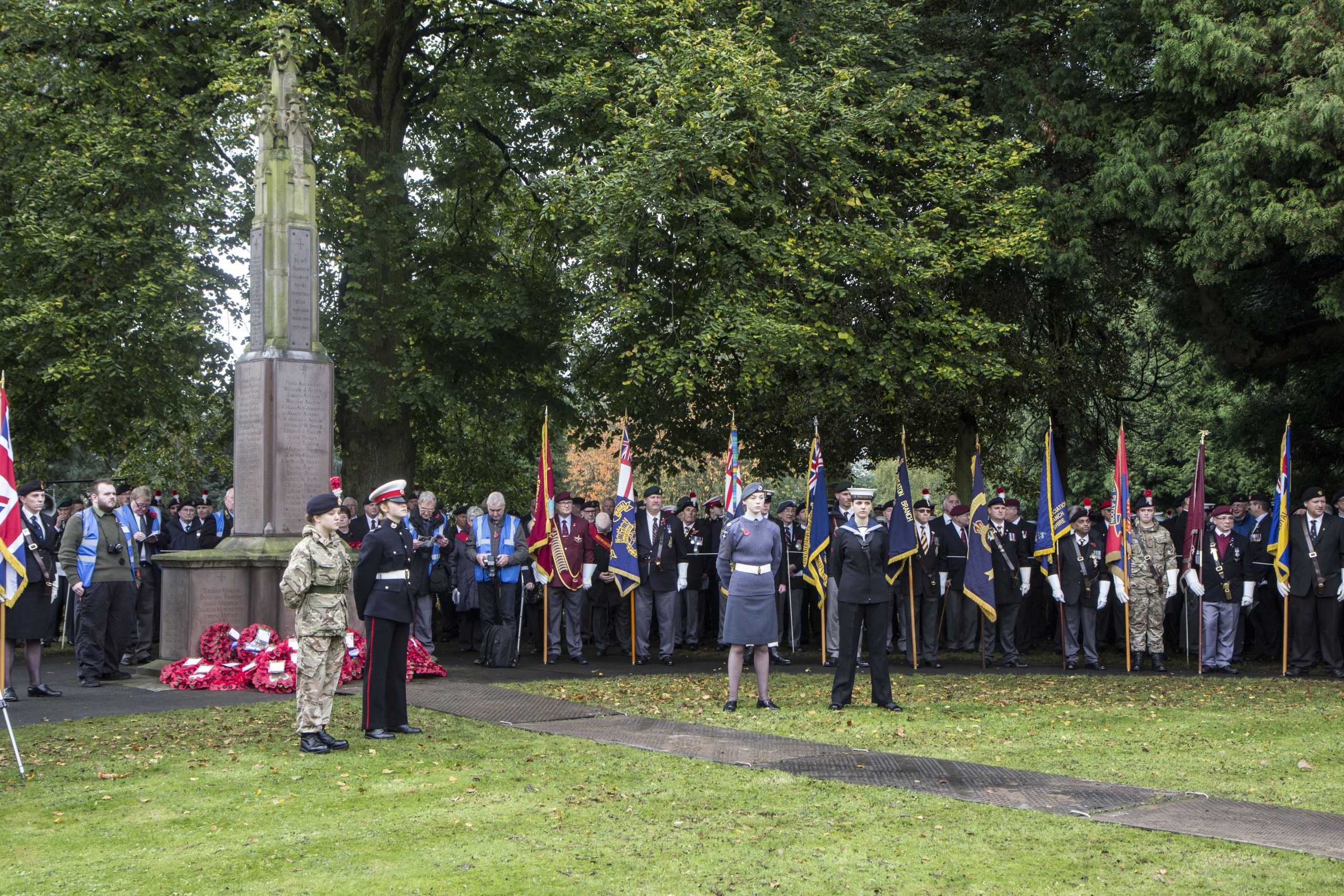 BEDWORTH – THE TOWN THAT NEVER FORGETS 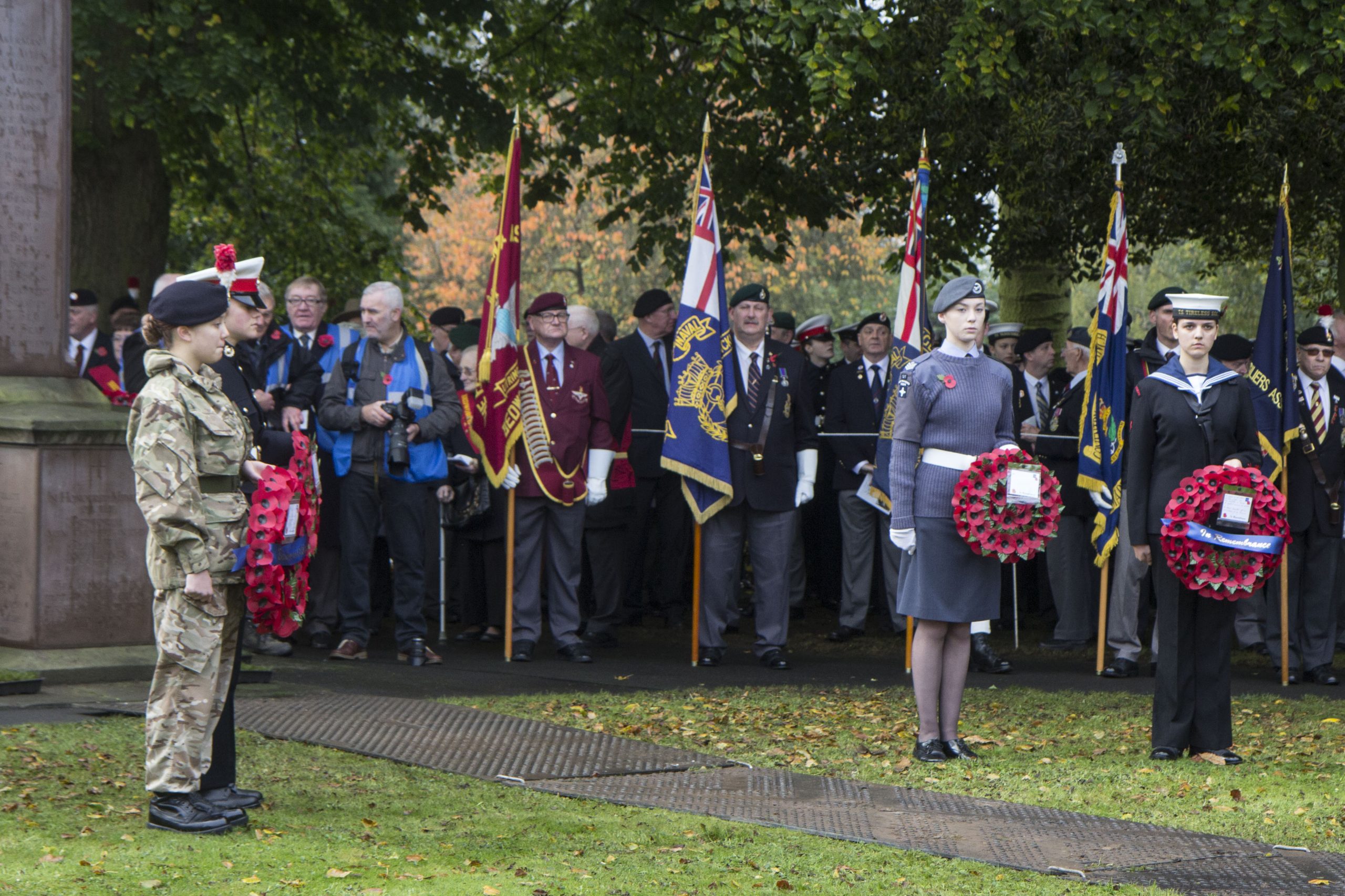 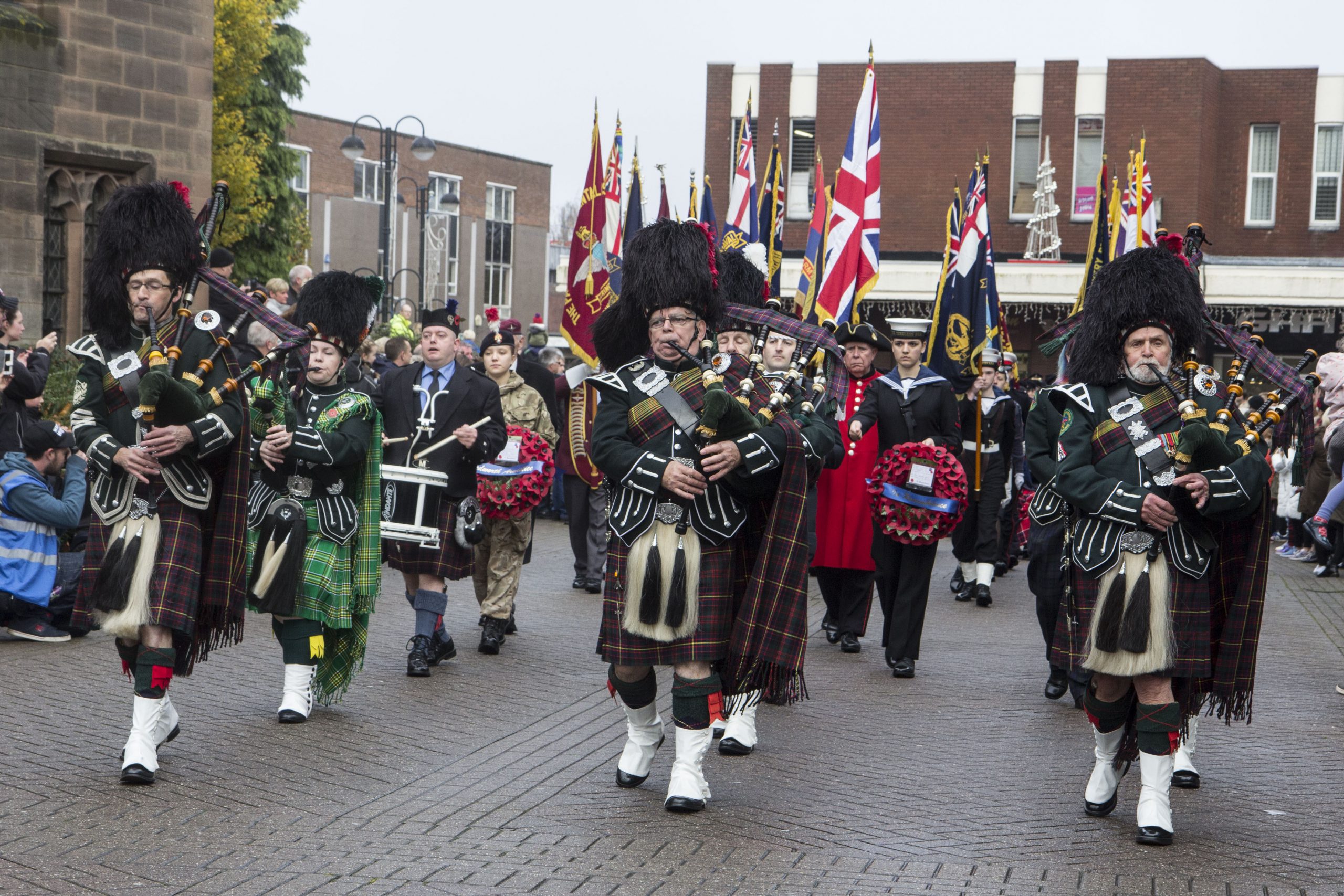 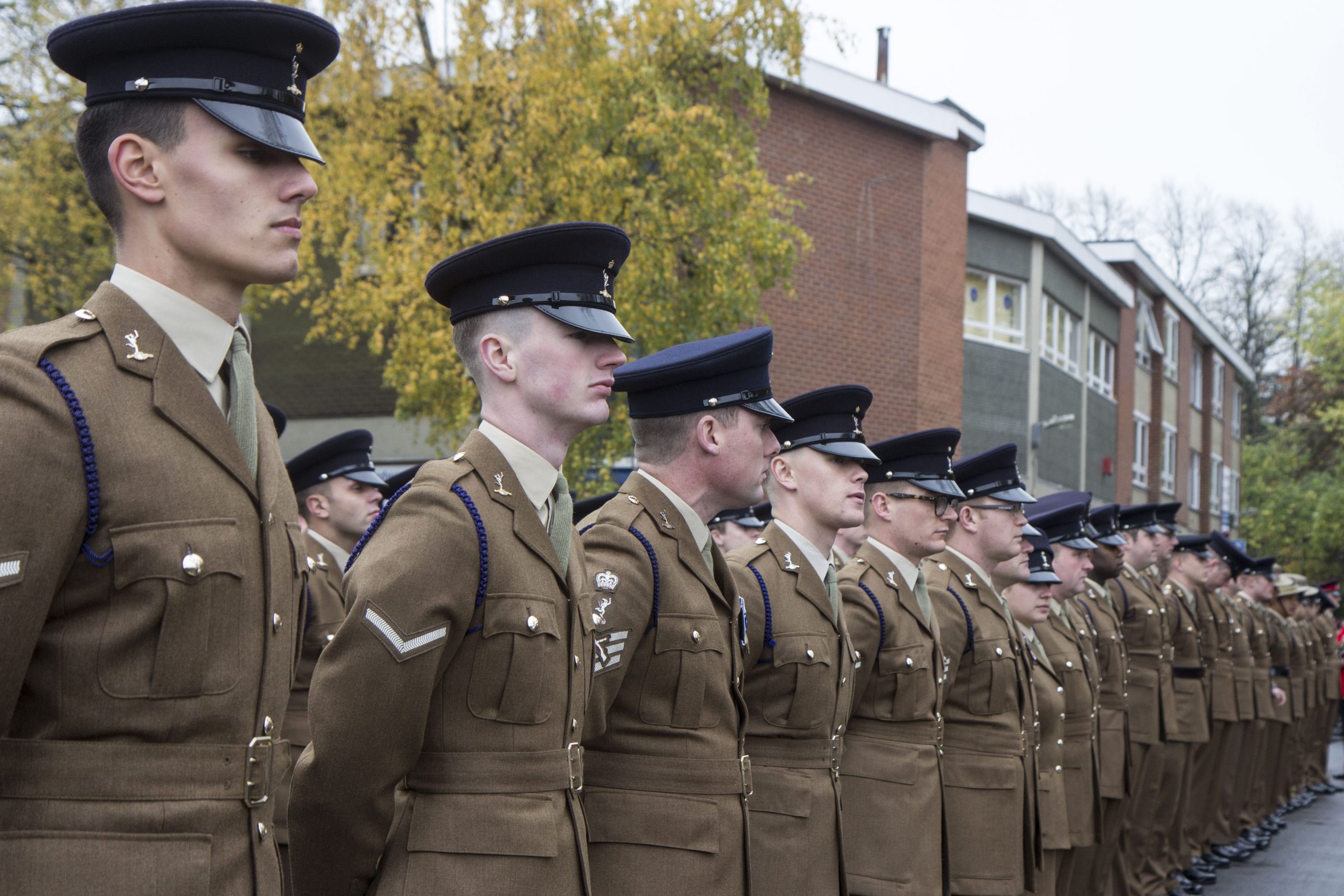 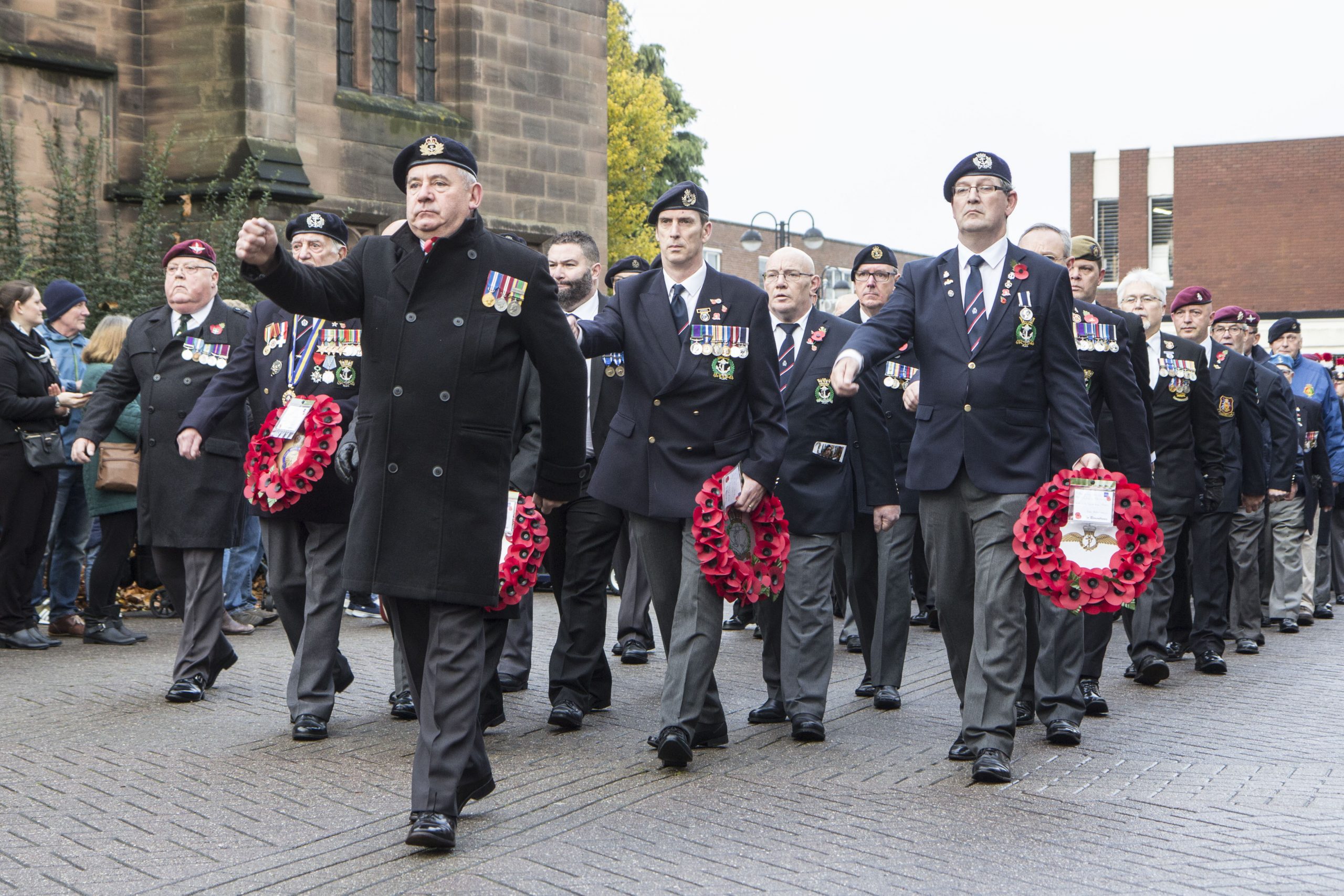 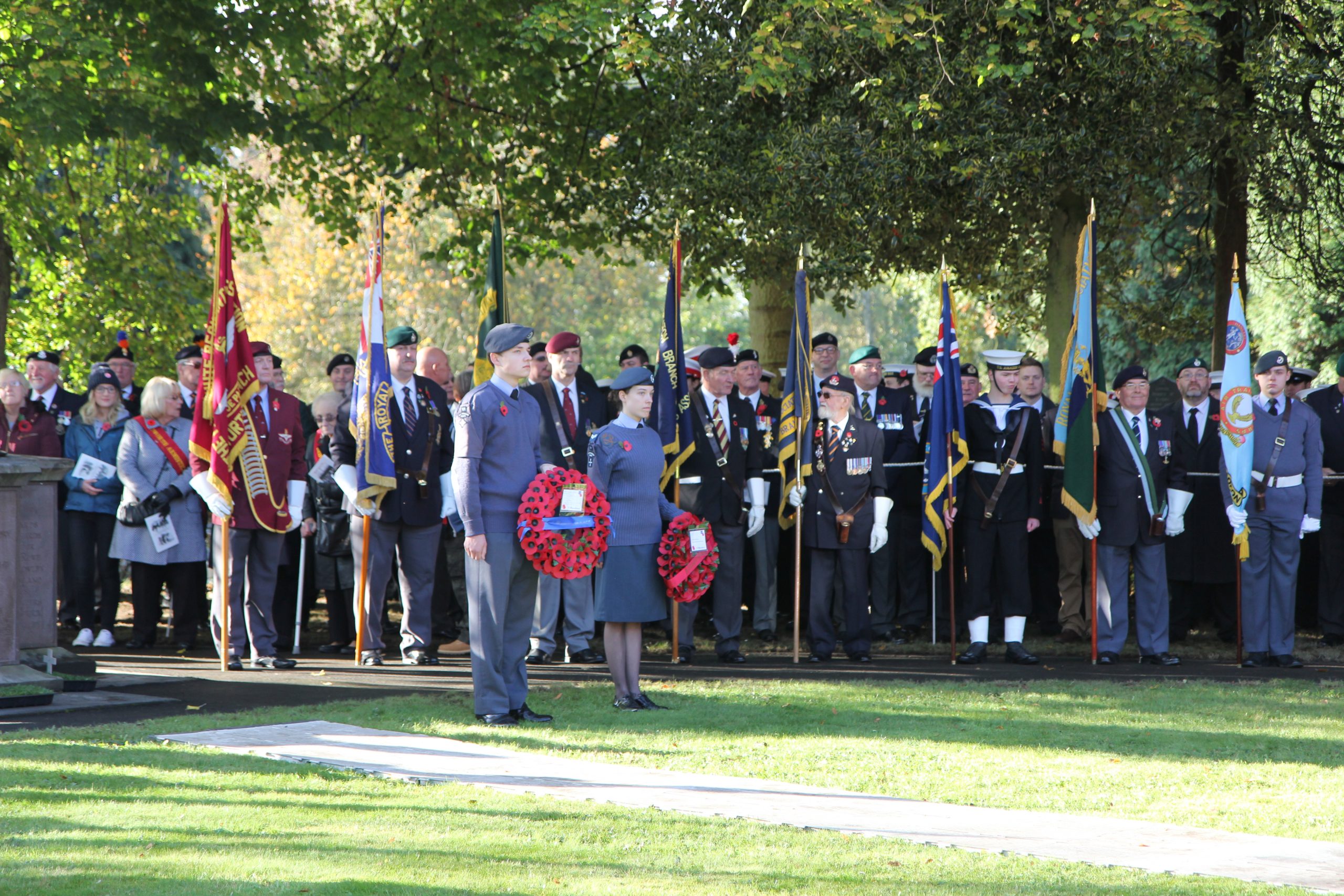 A Big “Thank You” to all those who have supported us over the years and especially the Bedworth shops and companies. We aim to make the 2022 Armistice bigger and better than any before – and with your help we will do it.

This poster was designed because the proper Parade was unable to take place due to Covid-19.  The Armistice Committee along with volunteers delivered hundreds of these all over Bedworth for residents to display in their windows to mark Armistice Day.  As it was, a short service was organised in the cemetery for approx 25 invited guests all suitably distanced.  It was the first time in 100 years that the Parade did not take place.  Covid-19 succeeded where a World War failed.

The unveiling of the new Peace Podium and Saluting Dais on the 21st September, the International Day of Peace.